India’s timings have changed over the years from ancient India to it’s period under British Rule to its current time zone following independence. Its time zone in case you didn’t know is UTC (or GMT) +5:30. This was only officially put in place after 1947 (Post Indian Independence), but it’s weird 30 minutes off due to the following reason:

Things you should know about India’s Time Zone

India has one time zone across the whole country. The one time zone was largely put in place by its government to reinforce a message of unity across all of India. As a country, it’s also worth noting that India’s timing does not change over the year to account for fewer daylight hours in the day .

With this in mind, it’s useful to know what timings the sun rises and sets depending on where you’re traveling. We’ve put together the following table to help you decide, when to wake up and when to go to sleep.

If you are considering traveling to India, it’s important to consider the best season to visit as well as the risk of a monsoon. We’ve written another article, When should I go on holiday?, which includes a season checker, as well as the hottest countries to visit depending on the month you are traveling.

How you can use India’s time zone to your advantage? 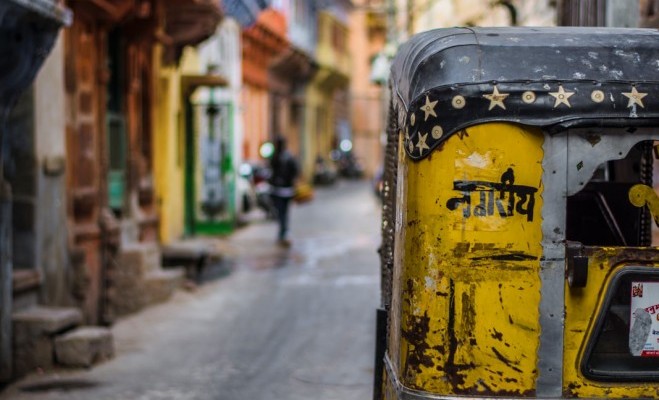 Well, we mentioned the daylight issue. In a lot of places in India, the sun rises and sets much earlier than official working hours. Sunrise is as early as 4 a.m. and sunset by 4 p.m.

As a tourist, this is great if you want to get an early start to your day, and see some sights before it gets too warm. It’s also great to avoid the morning hustle and bustle . The early bird getting the worm definitely applies here.

On the flip side, in the evening you don’t have to wait as long to see a beautiful sunset,

Has India’s time zone always been that way? 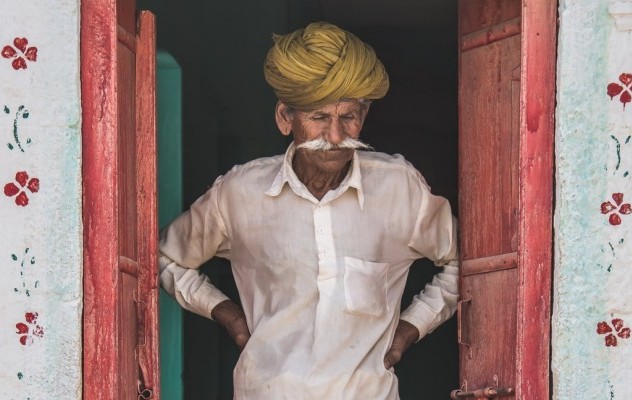 No, it hasn’t. For most of India’s history, ruling kingdoms kept their own timings. However, one of the earliest known descriptions of standard time in India appeared in the 4th century CE, in old Indian Sanskrit texts called  Surya Siddhanta.

These scripts were so advanced that they postulated spherical earth (which was a weird notion at the time) and the concept of converting local time to a standard one (pre-GMT and UTC). This method, however, was used more for astronomy rather than regular time.

In any case in the late 1800s, whilst India was under British rule, two time zones existed – Bombay time and Calcutta time.

How do Indians cope with one time zone across the whole country? 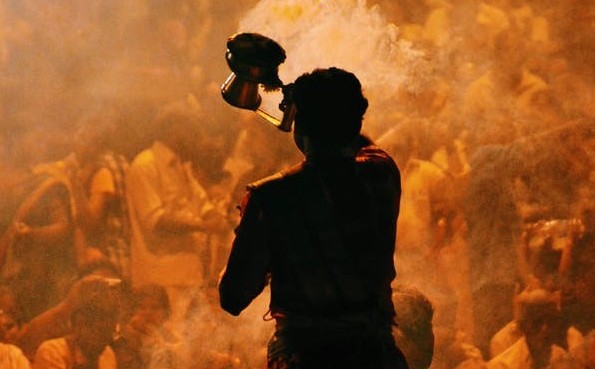 The short answer to this question is – with a lot of difficulties (depending on where you are of course).

Taking children at school for instance. The school day starts generally at the same time everywhere in India but children go to bed later and have reduced sleep in areas where the sun sets later.

An hour’s delay in sunset time naturally delays when kids go to sleep, which can reduce productivity.

Working people, particularly in the north of India complain about the reduction of daylight hours in the winter. Given that the sun sets earlier at this time of the year, people find that it’s naturally darker.

This means that people have to turn on their lights earlier, and thus pay more in electricity bills.

A different time zone would allow sunsets to take place later, giving people more daylight hours and thus saving them for lighting their homes as long as they currently are.

People’s biological clocks also need to be taken into consideration. When the sun rises, people naturally wake up, and in consideration of that, it can be argued that people are effectively wasting productive time if time zones do not meet their needs.

The Indian Rebels that took time into their own hands

The people of Assam, in North East India, operate their own time zone called Chai Bagan time (translates to tea garden time), and have been doing so for over 150 years!

Chai Bagan time (IST+1) is the time of Assam people who are working in the tea garden (Chai Bagan), here working time starts early one hour i.e. from 9 to 5 pm which is one hour early compared to rest of India.

Why do the people Assam adopt Chai Bagan’s time?

The sunsets 2 hours earlier in Assam compared to the rest of India and if the tea pickers of Assam start work at the same time as the rest of the people in India in same time as in the other parts of India, they’ll effectively be picking tea leaves in the dark, which let’s face it is not ideal.

As for people who are not tea pickers, by adopting this time frame, they are avoiding the waste of good daylight hours. It makes sense to us!

So why doesn’t India just change its time zone? 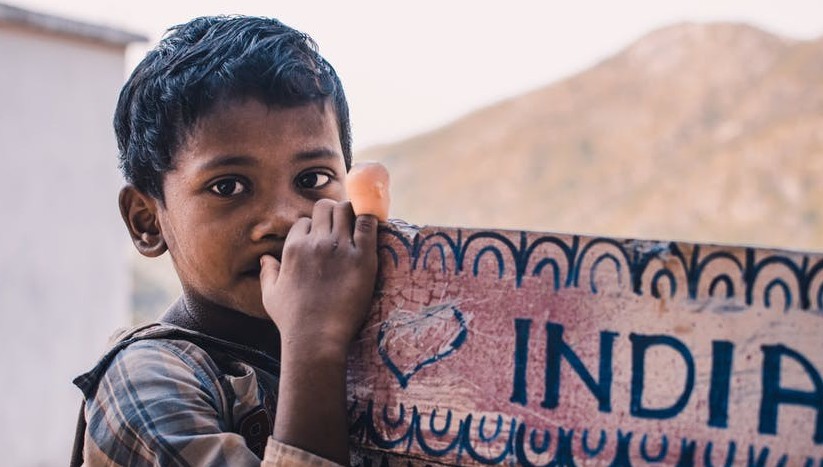 Well, that’s a bit of a contentious point, depending on who you speak to in India, but we think it generally a point of Indian national pride (from the governments perspective at least), but there are a couple more reasons why it may not be the best idea for India to change its policy on its time zone.

For instance, India is very dependant on its railways, for crossing states and regions across the whole of India. Changing the time when crossing the time zone across a region, may end in train accidents.

Offices, Banks, Airports are inter-connected across India. Changing time zones may correct some problems experienced across India but may create a lot more.

Indeed, other countries cope fine with different time zones, however, India is densely populated and such a major adjustment may take years to implement.

Northeast states, including the people of Assam, have attempted to officially revise India’s time zone, but have failed to achieve their goal, with the case being thrown out on India’s courts many times.

Other Countries with weird time zones 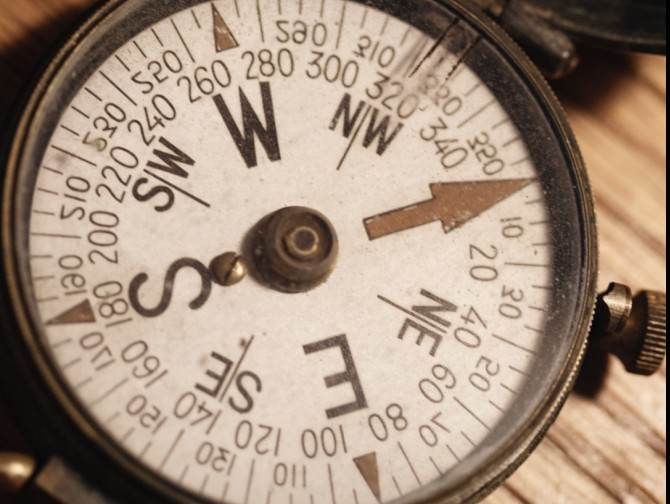 Russia has 11 time zones! How crazy is that? The world has 24 time zones and Russia has nearly half of them! Saying that the country is the size of a continent so maybe not as mental as it sounds.

China also operates in a one time site similar to India, but what’s incredible is that geographically China covers 5 time zones, which has serious ramifications for the people of China.

Interestingly though, half of the city of Urumqi, in eastern China, uses its own unofficial time zone, while the other runs a working day from 11pm-7pm.

Imagine having a friend operating in a different time to you (see what we did there). One of you would always be late!

Spain has been in the wrong time zone for seven decades! In the 1930s, Spain moved it’s clocks one hour to be in line with Nazi Germany (Well if Hitler told you to move the clocks forward, you would), and just haven’t changed them back since. To summarise, India’s time zone is clearly a sensitive issue that was clearly put in place to keep the peace following its partition but also to promote unity following its creation.

If some of India had adopted the same time zone as neighboring Pakistan or Bangladesh (previously West Pakistan), would it have caused issues?

The answer is – Probably. Partition was a difficult time for the country.

Nevertheless it is clear that one time zone across such a vast nation does not serve a large population of the people there.

On the other hand, changing the time zone, could create so many more issues. For instance potential disruptions with railway time tables as well as issues with people communicating with each other across different regions.

Should India change it’s time zone? We actually think it’s probably not worth it.

Do you agree? Let us know in the comments below

We really hope you enjoyed this article.

By the way, if you are interested in more travel tips, travel advice, travel product reviews and more be sure to check out some of our other great content:

Here are some of our picks that we hope you will enjoy.

link to What's The Difference Between England, Wales, Scotland and Northern Ireland?

The UK is made up of four countries: England, Wales, Scotland and Northern Ireland. Each country have their own traditions, culture and national foods. So, what are the differences between them?...

Continue Reading
link to 7 Tips To Stay Organized While Traveling

How do you stay organized while traveling? You know the story. As soon as you get to the hotel, you unpack everything. During your stay, you then misplace and lose things, and then when it's due to...